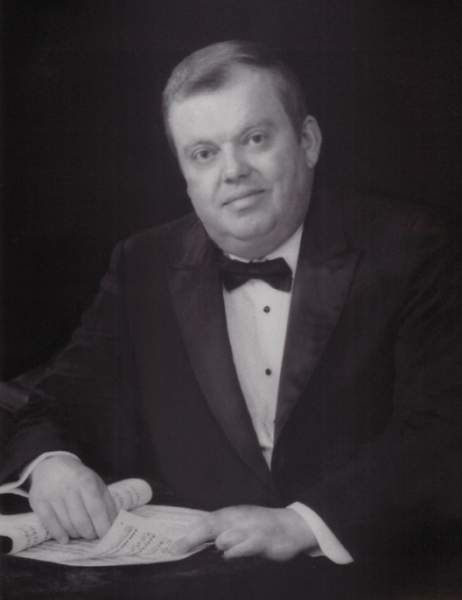 A number of musicians who played with Jimmy over the past 60 plus years will be there to honor him by performing the music he loved so much.  When asked to be a part of the tribute one of the musicians responded, 'I would do anything for Jimmy.  He was the best--a musical genius and one of the kindest people I have ever known'.  I heard similar declarations from many others I called.

We are delighted that The 3rd Century Singers will perform. Jimmy sang with them for several years.  Many of the singers from past years are coming back to join the current singers as they honor Jimmy.

A few family and friends will offer memories and reflections of Jimmy, his amazing talent and his kindness to everyone.

Our celebration will have an interesting twist.  In Jimmy's final year of life he often said, "If I live to see my 80th birthday, I am going to have a birthday party and invite everyone."  Well he didn't make it to 80.  But we are going to have birthday cake at the conclusion of our program to celebrate Jimmy and a life well lived.

We hope that you will join us on June 26th at the Paramount Theatre to honor our brother and friend.

Jimmy was born June 23, 1942, the oldest child of Mr. and Mrs. C. Glenn Aycock of Fremont.  Jimmy was well known throughout North Carolina for his extraordinary talent as a pianist and music educator. He began performing professionally in the late 1950’s playing with several local bands before forming his own band, The Melodaires, in 1959, performing on television and in country clubs and many other musical venues throughout North Carolina, South Carolina, and Virginia. He was known for his interpretive style of piano. He gave numerous performances on the concert stage, delighting audiences with his remarkable versatility and command of many musical genres including jazz, classical, romantic ballads and more.

After graduating from Fremont High School in 1960, Jimmy earned the Batchelor of Arts Degree in both history and music from Atlantic Christian College in 1964.  He also completed graduate work in music at East Carolina University and the University of North Carolina at Greensboro.

Jimmy taught music in the Wayne County Schools for 19 years.  Before settling in Wayne County, he was a teacher in Duplin County, Wilson County, Franklin County and Rockingham and Clayton.  He also taught for two years out of state in Virginia and Montana.  As a music educator, his ability to inspire his students and instill in them a love of music is a legacy that is carried on by thousands of students whose lives he touched.

Jimmy was awarded the Order of the Long Leaf Pine by the Governor of North Carolina in recognition of his achievements in the field of music performance and music education.  He earned Teacher of the Year honors at Clayton High School while serving as Band Director and music educator.  He received the Man of the Year Award in Warsaw in recognition of his work at James Kenan High School and for his enthusiastic community involvement.  Jimmy served two terms on the North Carolina Arts Council.  He was also a member of the Music Educators National Conference and the North Carolina Educators Association.

Jimmy was a gifted composer having written numerous romantic ballads which he recorded on several albums.  He composed a symphony which was a tribute to and reflection of the beauty of the Outer Banks of North Carolina.  Jimmy also wrote instructional music for children which he employed in his teaching of young students.

Jimmy’s knowledge and love of history was well known to all who knew him.  He was particularly interested in family history and enjoyed talking with people about their ancestors.  He received many requests for his help in researching family histories.  Jimmy was a member of Sons of the American Revolution and Sons of the Confederacy.

Jimmy is survived by his sister, Nancy Aycock Walman and her husband, Sam, of Reisterstown, MD; brother, Thomas G. Aycock and wife, Kae, of Bracey, VA; and several nieces and nephews.

Jimmy had hoped to celebrate his 80th birthday on June 23, 2022.  On or around his birthday, we will have a celebration of his remarkable life.  Of course, there will be lots of music!  The place, date and time will be announced later.

A Memorial Tree was planted for Jimmy

To order memorial trees or send flowers to the family in memory of Jimmy Aycock, please visit our flower store.