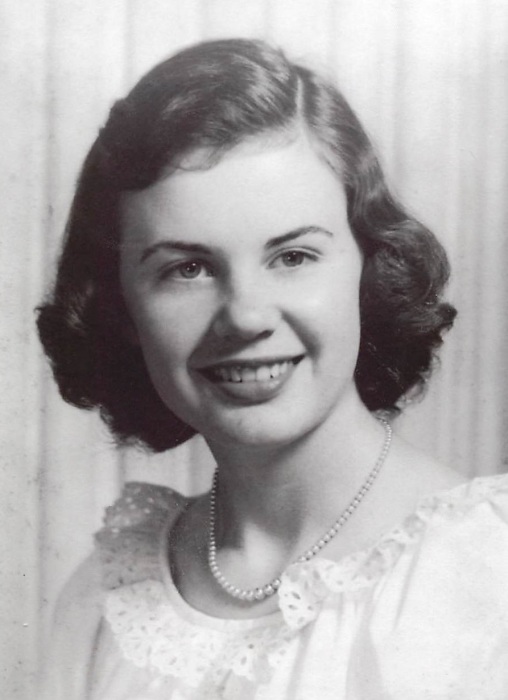 She was a daughter of the late Paul N. and Eudell Barnes Blake of Lucama and was also preceded in death by a brother, Paul N. Blake, Jr.

JoAnn met her first and only true love, Selby, both of Lucama, at age 12, and he called on her for 7 years before she demanded they marry in 1953, after JoAnn graduated from Rex Nursing School and Selby returned from active duty in the Korean Conflict.  He was happy to accommodate her wish then as he did for the next 60 years.

JoAnn was a practicing registered nurse for over 50 years, much of that in Wilson, but also in Greenville, and New Bern.  She was a tremendous nurse, fully dedicating herself to her patients, an independent thinker, and a lover of gardening and needlepoint. She loved vacationing at the beach and had the opportunity to snorkel in the Great Barrier Reef and go to a West End theater production in London.

She was avid about church but loved her husband with the greatest of depths until his passing in 2013.  She developed Alzheimer’s later in her life, a devastating disease which robbed her of her intelligence and independent personality, but it never robbed her of the people who loved her.  When she could no longer live at home with caregivers, she spent the last few years of her life at Spring Arbor in Wilson, where she was lovingly cared for.

In lieu of flowers, her children encourage that you consider a donation to the Alzheimer’s Association, 5171 Glenwood Ave, Ste 101, Raleigh, NC 27612, https://act.alz.org.

To order memorial trees or send flowers to the family in memory of JoAnn Hawley, please visit our flower store.