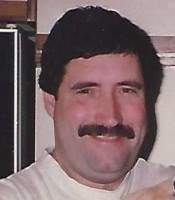 Funeral, Monday, 12 Noon, Maplewood Cemetery, followed by a celebration of his life at the Wilsonian in Historic Downtown Wilson, 115 Barnes St SW.

Bugs was born and raised in Wilson, the only child of John Albert and Martha Tillery Dildy. He graduated from Ralph L. Fike High school in 1972 before attending East Carolina University where he studied business.

After graduating from ECU in 1976, he moved to Wrightsville Beach to pursue his interests in real estate. He returned to Wilson in 1991 to the home that his great-grandfather built. He continued in real estate and was happy to be back in his hometown where he loved music, Carolina Basketball and many, many friends.

He was preceded in death by his parents; brother, Jack Gregory Tillery and his beloved golden retrievers, Duncan, Jake, Whiskey, Zach, Maggie and Little Man.

Special thanks of caring for him is extended to Steve Newcombe, Fuller Dibbrell, Patricia White Cotton and Doug Patty.

To order memorial trees or send flowers to the family in memory of John Dildy, Jr, please visit our flower store.