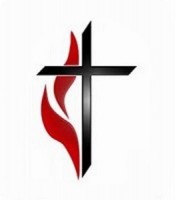 A Celebration of Life Service will be Saturday, September 9, 11:00 AM, at Elm City United Methodist Church followed by visitation.

He is survived by his wife of 35 years, Brenda Harrell Finch; son, Chance Hayes of the home; sister, Carolyn Finch of Seattle, WA and several nieces and nephews.

John was preceded in death by his parents, John and Helen Harris Finch.


To order memorial trees or send flowers to the family in memory of John Finch III, please visit our flower store.