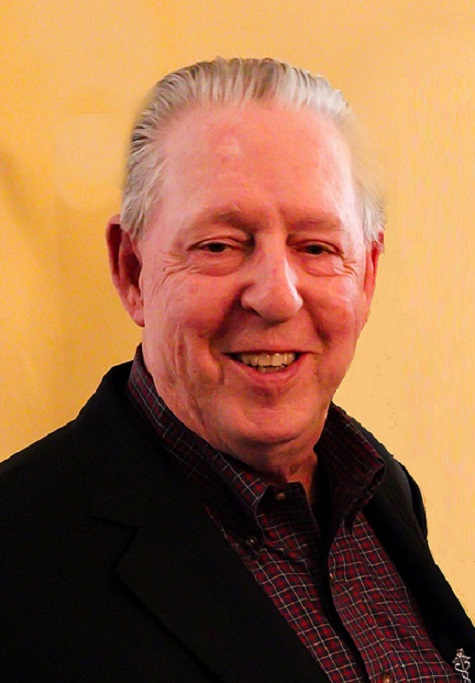 He was Professor Emeritus at The George Washington University where for more than 40 years he was a practicing physician and Chairman of the Department of Obstetrics and Gynecology.

​Named for his father, the President of the Bowery Savings Bank in NYC, Dr. Larsen grew up in the small NJ suburban town of Haworth in the post-WWII years. He was a lover of the out-of doors, a serious hiker and camper when time permitted. As a boy, he achieved the rank of Eagle Scout and was a member of the Boy Scouts’ Order of the Arrow. At age 14, he traveled to the Boy Scouts World Jamboree in Europe and sent reports regularly back to his local newspaper. His love of skiing and the mountains continued at Dartmouth and during his time in the Army while stationed in Tacoma WA.

Dr. Larsen always was an outstanding student headed from a young age toward a career in medicine. He majored in psychology at Dartmouth and then worked as a research assistant in a laboratory at Cornell while a medical student. After graduating from Cornell University Medical College, he completed his medical internship at Presbyterian St Luke's Hospital and his OB-GYN residency at the Yale-New Haven Hospital. He served as Major, Medical Corps, Assistant Chief Officer, Obstetrics Service at Madigan Army Center, Tacoma, Washington for two years. In 1975 his Fellowship in Maternal- Fetal Medicine brought him to The George Washington University Medical Center where he stayed and began his formal career where he rose to a become Professor and Chairman of the Department of OB-GYN specializing in reproductive genetics, maternal-fetal medicine, and infectious disease. He retired as Professor Emeritus and continued to work with staff to develop films for teaching.

Dr. Larsen published extensively and was a leader through the years in many national professional societies, particularly the American College of Obstetrics and Gynecology, and he was recipient of numerous awards. In particular, he will be remembered for his role in 2010 as Founder and past Director of the mid-wifery service at the GWU Hospital. The goal of the service was to expand the option of natural childbirth at GWU hospital in a collaborative mode. For this notable effort, Dr. Larsen was nominated and received the Hellman Award for Collaborative Practice Excellence.

Always serious about his medical responsibilities and care for his patients, he generously offered his best advice and guidance to patients at any time of distress or worry. He trained dozens of future obstetricians and gynecologists during his tenure at George Washington and was well known for paying attention to all major and minor important details and advancing everyone’s understanding of the underlying science. He also continued to mentor his residents as they started their own professional careers across the United States.

Following his retirement from George Washington University, he was recruited to join the division of Maternal-Fetal Medicine at The Brody School of Medicine at ECU where students soon came to appreciate his compassionate, masterful teaching while residents and faculty appreciated his clinical insights that benefited the health of women in eastern North Carolina. All gained from his deep scientific approach but it was his contagious joy in being a physician that will be sorely missed.

Although most of Dr. Larsen's life was spent in the Washington, D.C. area, in recent years, he spent more time at his farm in North Carolina where he and his wife Joan became involved in local community activities and organizations such as the Wilson Arts Council, Barton College, and the Wilson Chamber of Commerce. Two years ago Dr. Larsen and his wife began supporting and hosting the Triple Victor Veteran Suicide Awareness Bicycle Ride across North Carolina to raise awareness of veteran suicide. As a former Army officer, Dr. Larsen was quoted in The Wilson Times last November that "It means the world to me to know this event impacts others as we reach out to help make everyone aware of this issue."

In every sense, Dr. Larsen was the head of his extended family who loved him and admired him for his dedication, good judgment and empathetic concern. Condolences from around the world are lifting the hearts of his loved ones. He will be greatly missed by his family, friends, professional colleagues, the many families who reached out to him for care or advice, and by his Bailey United Methodist Church family.

For most up to date information for the celebrations of life visit: www.storksrestfarm.com/meet-the-stork

To share memories you have or photos please visit: www.facebook.com/groups/drjohnwlarsenjrmemorial

Monetary donations in Dr. Larsen’s memory can be made by going to the following link: go.gwu.edu/inmemoryjohnlarsen

To order memorial trees or send flowers to the family in memory of John Larsen, please visit our flower store.