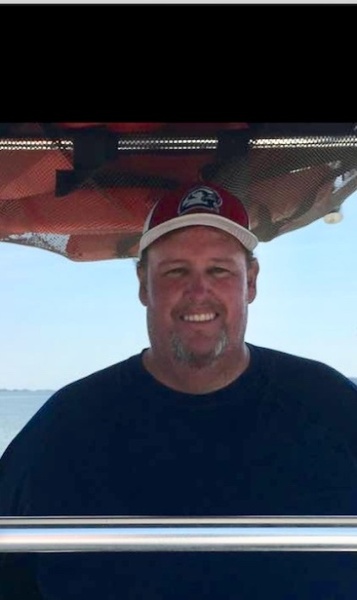 WILSON - John Whitmore Nichols, 49, passed away Thursday, August 2, 2018 following a brief illness with his family by his side.

A graveside service will be conducted Sunday, 2 PM, at Maplewood Cemetery followed by a time of visiting.

John was born in Green Cove Springs, FL and raised in Orange Park, FL.  He relocated to Wilson in 2003 to be closer to his family.  John attended St. Johns Country Day School, 1st through 12th grade, graduating class of 1988 and received his bachelor’s degree in K-12 education from Appalachian State University in 1992.  John has worked for 26 years in various teaching and coaching positions, and currently was Athletic Director, Coach and Physical Education teacher at Toisnot Middle School.

John enjoyed many trips to Emerald Isle spending time and riding on his boat with family and friends.  He also enjoyed trips to Forest City, Lake Lure and the mountains to visit his father and step-mother.  He was humbled and proud of his over 300 soccer wins and playing fantasy football with his closest friends, becoming a dynasty by winning 6 of 14 seasons.

A great man, dearly loved son, brother, uncle, coach and friend….to have touched so many lives with his incomparable deep faith in his Lord, dedication to his family and friends, and love for his students, athletes and colleagues is a beautiful legacy.  You will be missed by many.

He is survived by his mother, Jean Draughn Nichols of Wilson; father, Romer Clarence Nichols and wife, Nancy, of Forest City; sister, Wendy Nichols Anderson and husband, Todd; his adored niece, Caroline Thorne Anderson; his loyal companion and beloved dog, “Whit”, all of Wilson, and many friends and colleagues.

The family would like to express sincere appreciation to Dr. Thomas Hooper and staff, Dr. Keith Lerro and staff and the Wilson Medical Center ICU staff.

To order memorial trees or send flowers to the family in memory of John Nichols, please visit our flower store.