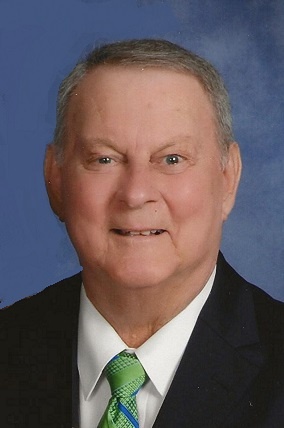 John Lloyd graduated from Elm City High School in 1956 and Duke University in 1960.  He owned and operated J.L. Sharpe Farms and Sharpe Oil Company.  He was a life long member of Elm City United Methodist Church where he served in many leadership roles throughout his life including singing in the choir for over 55 years.  He was a member of the Elm City Rotary Club for 60 years where he was a Paul Harris Fellow.  He served his community abundantly.  A few of the boards he served on include the Elm City Board of Education, the Wilson County Interim Board of Education, the Wilson County Board of Education, the town board of Commissioners in Elm City, the Board of Trustees at Wilson Memorial Hospital, and the local board of First Citizens Bank.  He loved all sports including coaching midget league football and church softball and watching his children and grandchildren play sports.  He was also a life long supporter of Duke Athletics and was a charter member of the Iron Dukes.  He will be greatly missed by all who knew him.

He was preceded in death by his parents, John Lloyd and Annie Lee Walker Sharpe and his sister, Winnifred S. Ballard.

To order memorial trees or send flowers to the family in memory of John Sharpe, Jr., please visit our flower store.