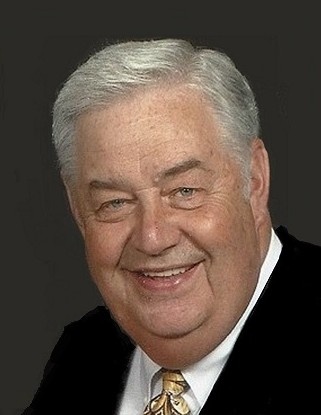 He w.as preceded in death by his wife, Bettie Jo Bailey Tew in 2016, who he loved with all his heart and soul.

John was an honorable, Christian man of great faith. He had served as a Deacon at First Baptist Church of Wilson, and was a Sunday School teacher. Blessed with an announcer’s voice, he enjoyed a brief career in radio broadcasting and served as narrator for many productions. John was a great favorite with The Playhouse audiences appearing in “Dial M for Murder”, “The Rainmaker”, “On the Air” and “How the Other Half Loves”, in which he played the starring role of Frank Foster. He was personnel manager for Barnes Truck Lines before serving as a salesman for Forbes Transfer Company where he retired. He was a member of First Baptist Church of Rocky Mount.

He is survived by his son, John Hicks Tew, Jr. (Jack) and wife, Rebecca, of Bailey; grandchildren, Daniel Tew and Madison Ricketts; great-grandchildren, Hensley and Preston; sister-in-law, Shellie Pridgen and husband, Kent, of Wilson; cousin, who was like a brother, Ed Floars, and wife, Julia, of Wilson.

To order memorial trees or send flowers to the family in memory of John Tew, please visit our flower store.