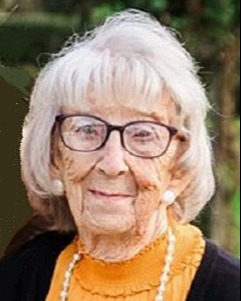 She is also survived by her lifelong friend, the “Thelma” to her “Louise”, Charlene Etheridge of Wilson.

Mrs. Gay, was affectionately known by many as simply, “Gigi”. Over the years, Gigi became a second mother to many, as she cared for countless children, family friends, and stray dogs in need of a loving home. She left a legacy of love to all those who crossed her path. Gigi never met a yard sale she didn’t like, as she was always on the hunt to find a bargain! She joined her family on many trips through the years, from Topsail Beach to Hollywood, with other fun destinations in between. Her family was the light of her life and her greatest treasure. The world was truly a better place with Gigi in it, and she will be deeply missed by all her knew her.

To order memorial trees or send flowers to the family in memory of Joyce Gay, please visit our flower store.