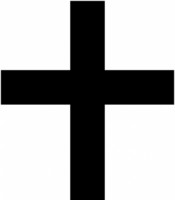 He leaves his wife of 53 years Carol Cook Akerman; son, Brad and his partner, Jeff Reider, of Indianapolis, IN, son, Leslie of Wilson and son, Louis and daughter-in-law, Jill, and grandchildren, Breann and Kylie of Saint Johns, FL.

Born June 19, 1940, he was raised in Lebanon, IN the son of Delue and Mary Akerman. He was valedictorian of the Lebanon High School class of 1958. He attended The University of Chicago and graduated, with honors, from North Carolina State University and The Stonier Graduate School of Banking of Rutgers-The State University.

While serving in the United States Army Reserve, he married his wife, Carol. He was honorably discharged from the service in 1968.

Mr. Akerman worked in various positions for 32 years at Branch Banking and Trust Company retiring from the Trust Department in 1995.

With a passion for music all of his life, Mr. Akerman was an accomplished pianist and musician. During his retirement he enjoyed making music with many friends, his beloved dogs, Tory and Polly, surf fishing, traveling to jazz festivals, and golfing with his dear friends at the Wilson Country Club, where his wife remains a member. Visiting his grandchildren, who he adored, was, by far, his favorite pastime!

Mr. Akerman was a member of many professional and civic organizations that he proudly served without wanting any recognition.

To order memorial trees or send flowers to the family in memory of L. Akerman, please visit our flower store.