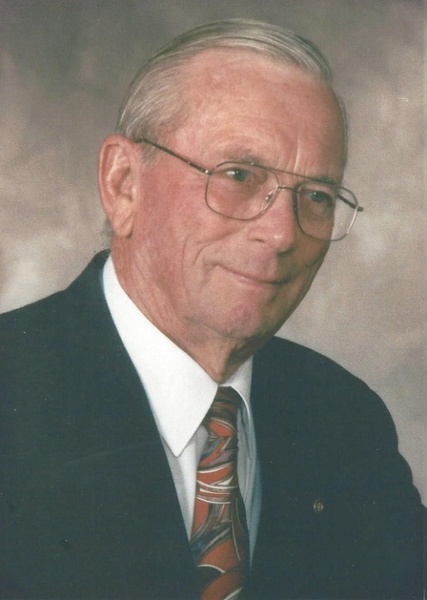 Harvey Lamont Whitley, known to most as Lamont, to some Monte and to grandchildren and great grands as Pop, died at home January 3, 2021 after a short illness. He was 95 years old.

Lamont was a native of Fremont, the only child of the late Harvey Leroy and Margaret Benton Whitley. After graduating from Fremont High School, class of 1942, he entered

Georgia Tech for a degree in Engineering. In one year WWII called and he joined the U.S. Army Air Corps as a cadet and earned his silver wings to fly a P-51 and other fighter planes in 1945. Soon he was at N.C. State where he enjoyed membership in Pi Kappa Alpha fraternity and graduated with a degree General Engineering in 1950.  Lamont was employed by CP&L (Duke Energy) until the family farm near Fremont called him back to Wayne County in late 1951.

In 1948 in Apalachicola, FL, he found Polly Annell Marks, a graduate of Florida State and never let her go. On November 25, 2020 they were married 70 happy years.

Lamont served his church and community with tireless devotion. In Fremont he served the Fremont United Methodist Church in many capacities. He was scoutmaster of Troop 12 and on the town’s Board of Alderman. He was past president of the Rotary Club where he was named a Paul Harris Fellow. He served 17 years on the Board of Wayne Community College and was vice-chairman of the building committee during the construction of the new campus.

Building WWII model airplanes and flying were his hobbies. At age 74 he renewed his private pilot license and enjoyed a few years of surfing the “wild blue yonder.”

He was preceded in death by his parents, brother-in-law and sister-in-law, C.A. “Charlie” Marks, Jr. and his wife Sandra Marks.

A graveside service will be held at 2 p.m. Tuesday January 5, 2021 at Elmwood Cemetery in Fremont. The family respectfully requests those attending the service to wear a face covering and practice social distancing measures.

In lieu of flowers memorial donations may be made to Fremont UMC designated for Building and Grounds, P.O. Box 147, Fremont NC 27830 or the charity of your choice.

To order memorial trees or send flowers to the family in memory of Lamont Whitley, please visit our flower store.