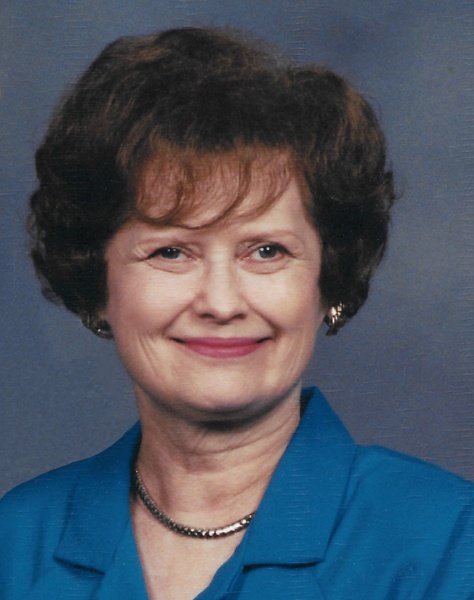 She was the beloved wife for 67 years of the late Dr. Rufus S. Swain III, of Wilson.  She was born on January 8, 1929 in Gatesville, Gates County, NC, to Leroy Hofler and Mary Ethel Carter-Hofler. She graduated from B. F. Grady High School, Gatesville.  She received her B.A. from East Carolina University, Greenville.  She taught elementary through high school in eastern North Carolina, before retiring to raise a family. She had a contagious smile, a mischievous sense of humor and a warm, welcoming nature. Her compassion and soothing voice gave her an almost magical gift of calming animals. This was often in evidence as her two boys brought home stray cats and dogs and a transient menagerie of wild animals from the local woods. She was a member of the Wilson Woman’s Club and headed the American Home Department within the club for many years. She taught Sunday School at First United Methodist Church. She also gave back to the community by volunteering as a basic literacy teacher and serving at the Community Soup Kitchen.

In lieu of flowers, the family graciously asks that any donations be made in Mrs. Lillian Hayes Swain’s name to the American Cancer Society North Carolina, 8300 Health Park, Suite 10, Raleigh, NC 27615 or to a local charity of your choice.

To order memorial trees or send flowers to the family in memory of Lillian Swain, please visit our flower store.