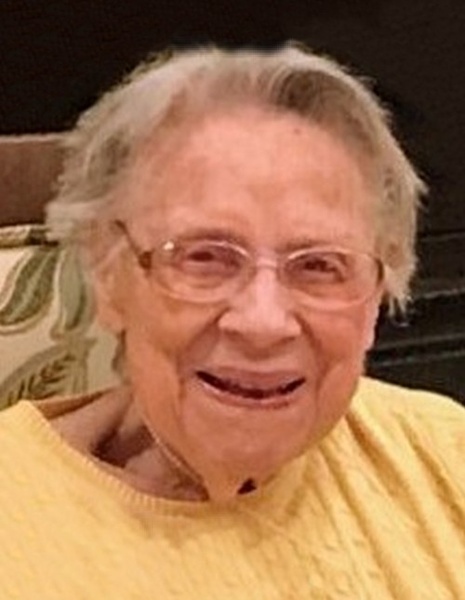 Linda was born February 17, 1925 in Farmville to Richard and Mary Alice Cobb Bynum.  She was raised in Pinetops. She graduated from Flora MacDonald College in Red Springs, NC and taught English in the Elm City school system.

Linda married Jasper Thomas Wells on June 3, 1950 and continued teaching in Elm City until their first son, Al, was born. They moved to Pinetops in 1952, where Joe was born. In 1960 they relocated with Carolina Telephone and Telegraph to Henderson which was their home for 57 years. They moved to the Sunrise of Raleigh Senior living community in 2017.

Linda was a very active member of the Henderson First Presbyterian Church and served in the roles of Sunday school and Bible study teacher, deacon and elder. Linda was a generous community volunteer; some of her favorites were Cub Scout den mother for two active boys, Vance-Granville Community College adult education and tutoring programs, the Perry Memorial Library and Maria Parham Hospital in Henderson. Linda and Thomas enjoyed NC Museum of History trips, Elder Hostel trips and traveled throughout the U.S. for months at a time.

Linda was preceded in death by her sister, Susan Bynum Fugate of Tarboro.

Thank you for considering a donation in Linda's honor to the charity of your choice or to First Presbyterian Church, PO Box 726, Henderson NC 27536.

To order memorial trees or send flowers to the family in memory of Linda Wells, please visit our flower store.