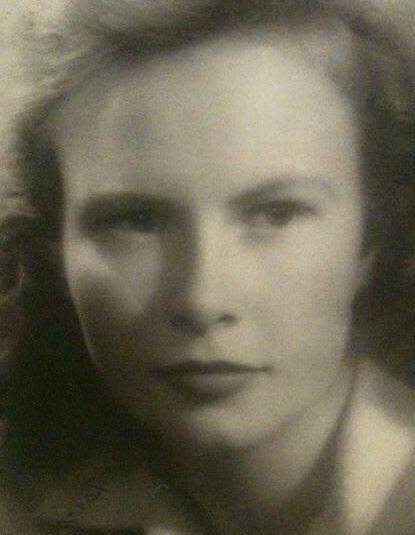 VISITATION HAS BEEN CANCELED due to flu in the family. A graveside service will take place in Kentucky at a later date.

The beloved wife to the late Grover Edwin Simpson, she was also predeceased by her parents, Mr. and Mrs. Roy Bond, as well as her two brothers, Laurence Bond and Kevin Bond, all of Sydney, Australia.

Mrs. Simpson was born and raised in Sydney, where on Christmas Eve 1944, she encountered a handsome Kentucky sailor whose ship was in port on its last resupply call. They dated for two weeks while his ship was in Sydney and then corresponded by mail for two years. In February 1947, she boarded a bride ship bound for the US.  Eddie and Lola were married for 53 years when he passed away in 2000.  Together they raised seven children, and she enjoyed the blessings of grandchildren, great grandchildren, and great-great grandchildren.  Mrs. Simpson’s lifelong interests included: sewing and dressmaking, crocheting, gardening, caring for her pets, travelling and spending time with her children and grandchildren. She was the heart of our family.

Even in her final year of life, Mrs. Simpson knitted and crocheted many angel blankets for babies. In lieu of flowers, the family suggests memorial contributions to the Prayer Shawl Ministry of First Baptist Church, PO Box 1427, Wilson, NC 27894.

To order memorial trees or send flowers to the family in memory of Lola Simpson, please visit our flower store.