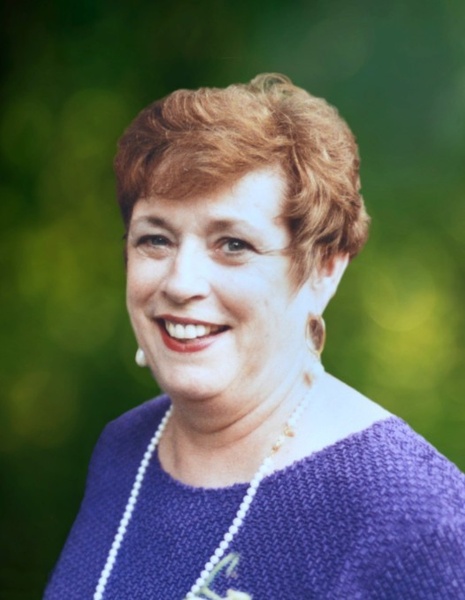 Her husband, Charles Robert “Bob” Clark, passed away in 2007. Bob was a well-known tobacco man from Wilson and supportive husband.

Martha was born on July 9, 1933 in Bethesda, MD, to Samuel Eugene and Martha Ellen (Milor) Carter. She graduated in 1951 from Richard Montgomery High School in Rockville, MD.

Martha first met Luther, a bus driver for the Washington DC transit system, on her route in Rockville working for a local telephone company. They were married in 1955 and gave birth to Jerry in Tacoma Park, MD. They lived in an apartment on Wisconsin Avenue in DC before moving to a house on East Ward Boulevard in Wilson. She later had Susan and Renee at Wilson Memorial Hospital (Wilson Medical Center).

In 1969, she separated from Luther and moved to Roanoke, VA where her brother David resided. In the four years she lived in Roanoke, she learned to drive, bought her first car, and became an office manager for a trucking company.

After a long courtship, Martha married Bob Clark in 1975. They lived in Rocky Mount, NC for a short time before moving to Wilson where she resided for more than 35 years on West Nash Street.

Martha was an avid bowler in her 30s and 40s. She was a member of several league teams in both Roanoke and Wilson.

For many years, she and Bob would spend their summers at the Outer Banks of North Carolina where family and friends gathered together creating longtime memories strolling along the shore or sitting on a back porch enjoying the warm sea breeze.

She was a longtime employee at Jessup Distributing for more than 20 years in Wilson and later at Wilson Family Practice for more than a decade. Dedicated and meticulous, she played an invaluable role as the office manager at both locations. She brought those same qualities to her home where she put years of hard work and pride into her yard with all of its shrubbery and flowers. Walking in her backyard was like taking a stroll in a beautifully manicured park.

In 2014, she became a resident at Wilson Assisted Living where she enjoyed social activities and making new friends.

Martha was a friend to so many and never met a stranger. She had the gift of making conversation with anyone. She was driven, goal-oriented, and very supportive and protective of her family and friends.

She was interred next to Bob Clark, at Evergreen Memorial Park, Highway 58, in Wilson.

She and Bob were dedicated NC State Wolfpack fans and adored their pets. Please consider donating in her honor to the NCSU College of Veterinary Medicine. Credit card gifts may be made online at cvm.ncsu.edu/giving at the link “Give to the College.” Unrestricted gifts to “All Gifts Great and Small Fund” support areas of greatest need, or make checks payable to NC Veterinary Medical Foundation, 1060 William Moore Drive, Raleigh, NC 27607.

To order memorial trees or send flowers to the family in memory of Martha Clark, please visit our flower store.