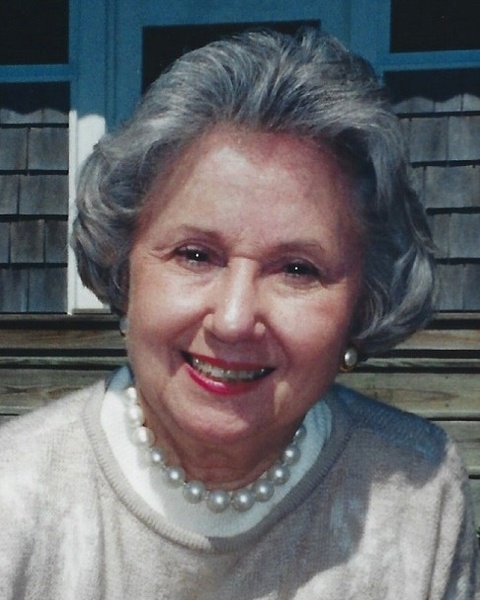 Mary Bryan Cummings Rasberry, of Wilson, passed away peacefully at home with her children by her side.  Though a long illness limited her activities in recent years, she continued to live life with great determination and a positive attitude and would often say, with a smile, “I feel too good to be sick”.

Following graduation from St. Mary’s in 1949, Mary Bryan began her career in Raleigh, NC as a legislative assistant and later went on to work on Capitol Hill serving in the offices of several members of the US House of Representatives.

While in Washington she was set up on a blind date with a prominent physician practicing in Wilson, NC.  She and Ed Rasberry married on March 22, 1958.

Happy in her married life as a Wilsonian, in her younger years Mary Bryan was active in the Wilson Medical Auxiliary and Wilson Arts Council, and later in life she enjoyed making new friendships in The Wilson Women’s Club.  She was a lifelong Methodist and faithful member of The First United Methodist Church of Wilson where she served on the Chancel Committee.

She served on the Art Society Board of the NC Museum of Art and on the host committee for an annual fundraising event for Caring House / Duke Cancer Institute.

Perhaps one of Mary Bryan’s greatest joys came from entertaining and bringing friends together.  She was always eager to connect with friends near and far.  Whether filling her home with dozens of her children’s friends for a wedding weekend, throwing a party at the Coral Bay Club at Atlantic Beach, hosting a group of friends around the bridge table or in recent years, holding daily driveway “socials’ with neighbors,  she will be remembered as a gracious hostess.

Mary Bryan was predeceased by her husband, Dr. Edwin A. Rasberry, Jr.

She is survived by her sister Mable Cummings Blount of Greenville, daughter, Elizabeth Rasberry Pitts (Rodney) and son, Edwin Albert Rasberry III, both of Charlotte, two grandchildren, Elizabeth Bryan Pitts Mandl  (Michael) of Charlotte and Rodney Carson Pitts (Katherine) of Wilmington, NC as well as a host of beloved nieces, nephews and grand nieces and nephews and a goddaughter.

The family would like to thank Lighten the Load Elder Care (Teresa Hendricks), caregiver Patricia Chatman, and Hospice of Wilson for their dedicated care during her illness.

A celebration of her life will be held on Monday, September 26th at 2pm at First United Methodist Church of Wilson.  She will be laid to rest next to her husband in a private burial at St. Barnabas Cemetery in Snow Hill, NC.

To order memorial trees or send flowers to the family in memory of Mary Bryan Rasberry, please visit our flower store.
Send a Sympathy Card