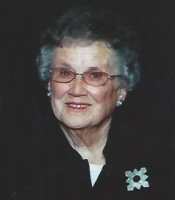 Mrs. Hollowell was retired from Thurston Motor Lines. She was preceded in death by her husband, Ray W. Hollowell in June, 2015.

The family extends a special thank you to her caretakers, Martha Simon, Chely and Carolina Arizpe and Amy Smith and the staff of Hospice at Wilson Medical Center.

To order memorial trees or send flowers to the family in memory of Mazell Hollowell, please visit our flower store.