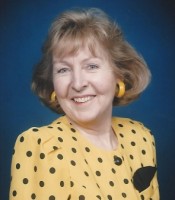 Funeral, Wednesday, 11 AM, Hollywood Cemetery, Middlesex. The visitation will be at the home Wednesday after 1:00 PM.

Our mother's journey began on June 12, 1934. Nellie Evone Lewis was born to Luther and Annie Rue Lewis in Middlesex. She had an ideal small town childhood in a different time when all the town was friends and relatives.

A chance wave led to a 66 year marriage to Algie David Hicks and she lovingly became Nellie Lewis Hicks on April 18, 1951. After marriage and our father's military service they settled into marriage in Washington, DC. Shortly thereafter they moved to Maryland. Their son, Algie David Hicks, Jr and daughter, April Denise Hicks followed. After the death of our grandfather the family moved back to North Carolina to be closer to our grandmother. Later, she enjoyed a much-deserved retirement in Wilson, being very active in the VFW, Moose Lodge and the Senior Center. She was surrounded by caring and loving neighbors that became a part of our family.


Memorials are suggested to the American Cancer Society, 930 B Wellness Dr, Greenville, NC 27834.

To order memorial trees or send flowers to the family in memory of Nell Hicks, please visit our flower store.