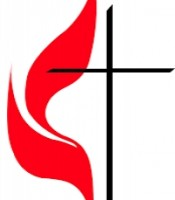 The funeral was for and at the convenience of the family.

Mrs. Barnes attended the College of William and Mary and graduated from University of North Carolina. In college, she was a member of Kappa Delta Sorority and Phi Beta Kappa.

While at UNC, she met her future husband, Richard Joseph Barnes. They were married May 1, 1949.

She was preceded in death by her husband, Richard Joseph Barnes; parents, Wyatt and Aliene Folkes Smith and sister, Audrey Smith Willis of Richmond, VA.

The family wishes to express their gratitude to Sintha Collins, Lakeisha Martin and Joyce Morgan for their love and compassionate care. The staff of the Landing is acknowledged for their thoughtfulness especially Faye Ford and Bett Thompson.

To order memorial trees or send flowers to the family in memory of Norma Barnes, please visit our flower store.