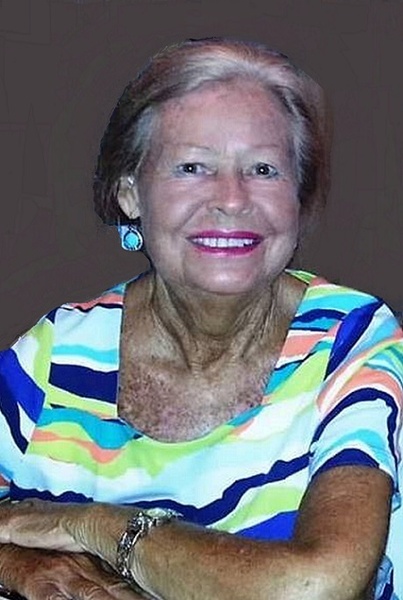 Pat was born in Wayne County, North Carolina, on July 29, 1934, to the late Joseph Polk Parks and Adeline Gurley Parks. She retired from a long career in education, in Wilson and Johnston Counties. She was a graduate of Atlantic Christian College in Wilson, NC, and East Carolina University in Greenville, NC. She was a member of the Delta Kappa Gamma sorority.

She is survived by her daughter, Dana Sceeny and husband, Martin, of Morehead City, NC; her son, Wes Smith and wife, Connie, of Raleigh, NC; grandson, Daniel Register of Charlotte NC; and granddaughter, Emily Smith, of Raleigh; sister, Betty Moore of Raleigh NC; and brother, Samuel Parks, of Goldsboro, NC, and several nieces and nephews, whom she adored greatly.

Pat lived life to the fullest.  She enjoyed traveling the world, and spending her summers in Pine Knoll Shores.  Later in life, she retired to Venice FL, where she led an active lifestyle, enjoying big band music and dancing.

In lieu of flowers, the family requests that memorials be made to a charity of one’s choice.

To order memorial trees or send flowers to the family in memory of Pat Fish, please visit our flower store.