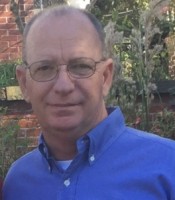 Born in Raleigh, he was the son of the late Douglas and Lynda Robinson Goodson. Phil worked in sales and automotive equipment services for more than 25 years. He was a former owner of C & A Equipment Services in Raleigh, and later owned and operated Carolina Automotive Equipment Sales & Services in Wilson until his retirement in March of this year. He enjoyed growing tomatoes, surf fishing, metal detecting and spending time with his family at the beach.

To order memorial trees or send flowers to the family in memory of Phil Goodson, please visit our flower store.