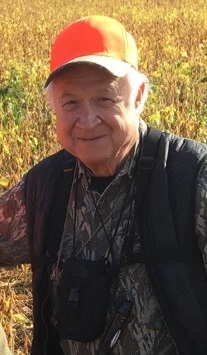 He had served in the Army National Guard, Wilson Jaycees and the Exchange Club.  Deer hunting and watching was important to him as a member of the Red F Hunt Club of Eastern Carolina.  A precious word to him was when the grandchildren called him, Poppy.

To order memorial trees or send flowers to the family in memory of Ray Best, please visit our flower store.