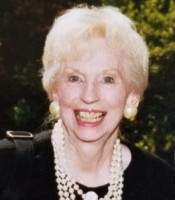 Funeral, Saturday, March 18, 2017, 10:00 AM, Winstead United Methodist Church, followed by a time of visiting and sharing. The burial will be for and at the convenience of the family.

Beloved wife, mother and grandmother, she was a beautiful, talented musician and teacher who touched the lives of four generations of students, audiences and congregations with her passion for music in performance and teaching. She lived a full life skillfully combining family and career with a lifelong dedication to the Lord.
A native of Black Creek, she was the youngest of the six daughters of the late John and Naomi Barnes. Even as a child, she had a love of music and per-forming. At age nine she was pianist for the Black Creek Methodist Church.
Rebecca earned a degree in Voice Performance with a minor in Piano from Meredith College. While at Meredith, she won recognition as an outstanding student composer and studied voice under Beatrice Donley and Metropolitan Opera Impresario Walter Golde.

After college, she became choir director at First Christian Church in Wilson and was head of the Voice Department at Atlantic Christian College - now Barton. It was in 1947 she met her future husband, John (Jack) at Wilson's WGTM Radio where she sang and he played piano for a March of Dimes program. With her sparkling blue eyes and his handsome features, they "courted" soon after that. Though she loved opera and he loved jazz, they found middle ground in performing popular concert and Broadway tunes together.

They married in 1950 and moved to Smithfield where John worked in broadcasting. As they started their family, Rebecca taught music privately and was choir director at Centenary Methodist Church and the Presbyterian Church. She also organized several singing/performance groups while there was a voice instructor at Meredith College in Raleigh.

In 1960, Rebecca, John and their four children moved to Wilson where she taught voice, piano and chorus privately while enjoying a long, happy career teaching at Greenfield Academy as well as Lucama and Fike High Schools. She was choir director at Covenant Presbyterian, Forest Hills Presbyterian and Winstead United Methodist churches. In retirement, she and her husband frequently played piano for their Winstead Church.

Winstead honored them with a reception in June 2012 recognizing their longtime volunteer musical service to the church. Rebecca always said she believed angels looked after her. She often said, "I have indeed been truly blessed. My cup runneth over."

To order memorial trees or send flowers to the family in memory of Rebecca Townsend, please visit our flower store.