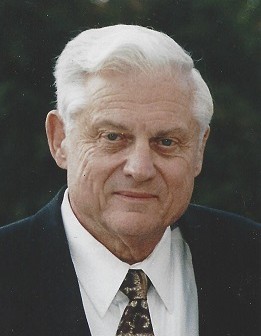 A graveside memorial service will be held on January 11, 2020 at 11:00 AM at Maplewood Cemetery in Wilson to celebrate his remarkable life and many fond memories.

He was preceded in death by his parents Bob and Fannie and his twin sister, Marian.

Reid was born in Burlington in October 1929. An enthusiastic high school student and athlete, he went on to attend Duke University for both undergraduate and medical school, completing his studies in 1954. It was in March of that year that he and Chris were married. After serving as a doctor in the Air Force, Reid and Chris moved to St Louis for a residency in radiology—which was something of an emerging medical specialty at the time. He was once introduced in the hospital as “the man who fixes the radios!” Reid’s practice took him and his family through Tulsa, OK, Charlotte, and eventually in 1965 to Wilson, their home ever since.

Ever diligent in his profession, Reid was constantly studying the latest advancements in radiology from X rays to CT scans and MRIs. He served as chief of staff for Wilson Memorial Hospital before retiring in 1998.

Despite an exterior sometimes described as gruff, to those who knew him best, Reid possessed a wry sense of humor and a huge heart for his family and friends, as well as strangers in need. He was a man of the highest integrity and deep personal conviction to do “the right thing” without regard for the opinions of others. Possessing a keen intellect, he was always the first draft pick for family games of Trivia at Atlantic Beach, his favorite spot and a haven for beloved golden retrievers and wonderful family beach vacations for many years.

To order memorial trees or send flowers to the family in memory of Reid Tickle, please visit our flower store.