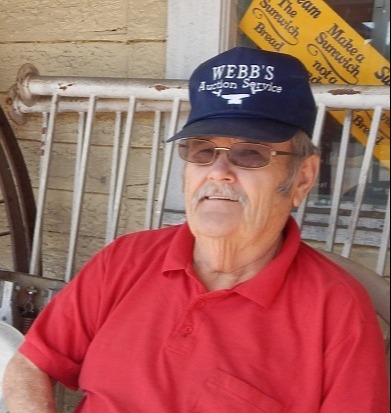 Ronny was a loving husband, father, grandfather, and son and was loved by all those close to him. He was member of Wilbanks Christian Church. Ronny helped his Dad, the late Tommy Webb, Jr., farm and later did truck farming on his own. Ronny worked as a blacksmith and farrier for many years before opening Webb’s Auction Service in Pinetops. He always enjoyed making new friends who had the common interest of collecting and selling antiques and had a loyal following of auction patrons for 30 years. His health had declined in recent years but was enriched by his grandchildren who called him the best “Pa” ever.

In lieu of flowers, memorials may be made to Bakertown Volunteer Fire Department, 6447 Webb Lake Rd, Elm City, NC 27822.