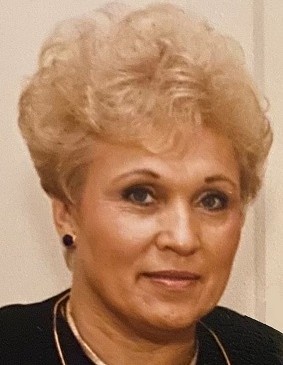 Funeral, Wednesday, January 5, 11:00 AM, Wilson Memorial Service, followed by a time of visiting and sharing.

She married Thomas Randolph ‘Randy’ Bridgers in 1960.  The couple had a son, Steve. They later established their home in Newport News, VA, where the couple had Diane and Cathy.  They returned to Nash County in 1968 where Diane was diagnosed with Acute Myeloid Leukemia and her death came on Christmas Day, 1970.  She divorced Randy in 1977 and went on to marry Tony in July, 1986.  They moved to Rolesville where they celebrated their 35th anniversary in July, 2021.

In 1971, she enrolled at Mitchell’s Academy in Wilson and graduated at the top student of her class. She worked at Janie’s Salon in Wilson for several years. Many will remember she owned and operated the Fashion Flair Shop in Bailey for some 30 years. In Bailey, she was supportive of the Chamber of Commerce and St. Jude Children’s Hospital, the Salvation Army and Toys for Tots.

We would like to extend our appreciation to the Coventry House of Zebulon, to Transitions Hospice of Wake County and to Doctors Making House Calls in Wake County for their care, support and most of all their kindness to her and our family during her stay at the Coventry and later with her return home for a brief period.  The love for her and our family is beyond words.

A Memorial Tree was planted for Shelby

To order memorial trees or send flowers to the family in memory of Shelby Wall, please visit our flower store.