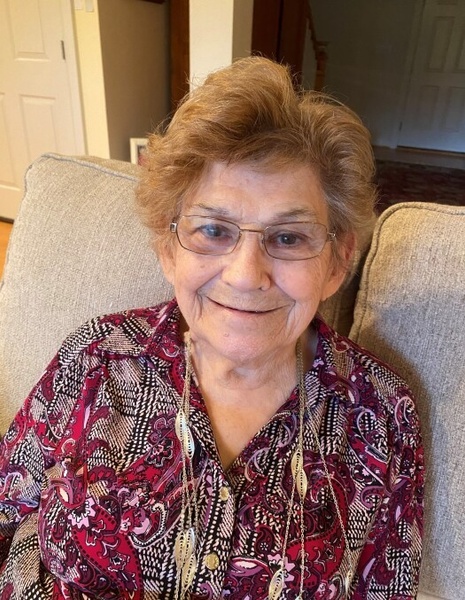 Born in Nash County on June 28, 1928, she was the middle child and only daughter of seven children of the late Willie Clyde and Anna Joyner Odom, both of Rocky Mount. She was a loving wife of 70 years to Horace Goff, of Wilson. Thelma was born and raised in Rocky Mount, NC, where she lived until 1971 when the family relocated to Wilson. She graduated from Rocky Mount Senior High in 1948 and later earned her Certified Nurse Assistant (CNA) certification from Wilson Community College.

Visitation will be Tuesday, June 1st from 11:30 AM – 12:30 PM at Wilson Memorial Service, followed by a graveside service at 2:00 PM at Pineview Cemetery in Rocky Mount.

A devoted wife, mother, grandmother, and great-grandmother, Thelma was loving, kind, and caring with a sweet smile that lit up the room. She was a skilled seamstress, sewing clothing, draperies, and even Barbie outfits for her daughters. She instilled in her four daughters that there was nothing a woman could not achieve -- and was most proud that they all earned college degrees.

Thelma and her husband had a close extended family and many friends and enjoyed attending events and day trips as a couple and with others. They traveled extensively throughout NC and the US, as well as the Caribbean and Mexico. They were avid enthusiasts of the performing arts, attending many concerts, plays, and performances. In the 1970’s they were members of the Wilson Cutups Square Dance Group where they learned to square dance and enjoyed performing in costume at many area events. Thelma enjoyed making her own square dance dresses.

Thelma worked outside the home much of her adult life starting at Kress Dime Store in Rocky Mount and retiring from Blue Bell in Wilson, and in between was a stay-at-home mother. She also worked at Belk in Rocky Mount and at Weaver Fabrics making custom draperies. After retirement from Blue Bell she worked in various positions including Town Clerk of Sims, clerk for the Agricultural Stabilization Service, and in-home caregiver. As a young mother, she served as Grade Mother, Girl Scout volunteer, Sunday School teacher, and Vacation Bible School teacher. She later volunteered with Meals on Wheels and was active in several civic organizations including the American Legion, VFW Auxiliary, Extension Homemakers, and the Optimist Club, and also supported her husband Horace’s extensive work in the local, district, and state levels of Optimist International, VFW, and American Legion. For years she also enjoyed her card group of close friends playing mostly Skipbo and Tripoley. She had been a long-time, active member of First Presbyterian Church in Wilson and previously at Second Presbyterian Church in Rocky Mount.

In lieu of flowers, donations may be made to Presbyterian Women’s Fund, First Presbyterian Church, PO Box 3184, Wilson NC 27894.

A Memorial Tree was planted for Thelma

To order memorial trees or send flowers to the family in memory of Thelma Goff, please visit our flower store.