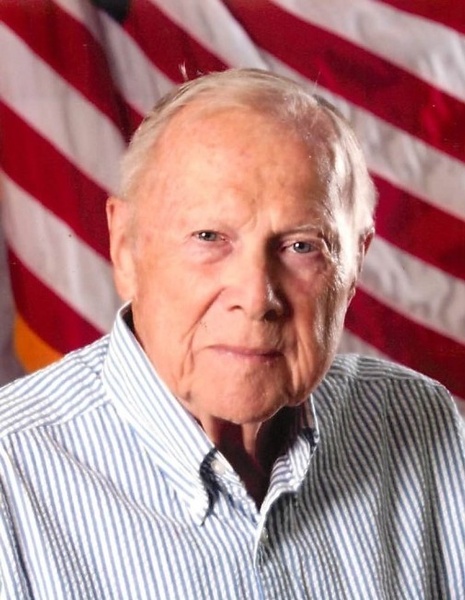 The celebration of life service will be held Thursday, July 25 at 11 a.m. at St. Timothy’s Episcopal Church. Interment will follow the service in the Columbarium Gardens at the church. The family invites you to visit with them in the Common Room following interment.

Tom spent his childhood in Newport News, VA. He graduated from Fork Union Military Academy and then served in the Army Air Corp as a waist gunner in a B-17 bomber in Lavenham, England. He flew 34 missions as part of the Mighty 8TH. After the war, he went to the University of Virginia where he met Bettie Deane. They were married in June of 1952 and moved to Wilson. He retired in 1997 from Skinner, Lamm & Highsmith Architects. Tom was a true southern gentleman and dressed the part. He was devoted to his wife and family. He loved to garden, cook, golf, and spend time with friends and family. He especially loved his time scuba diving with family in the Cayman Islands.

To order memorial trees or send flowers to the family in memory of Thomas Wood III, please visit our flower store.