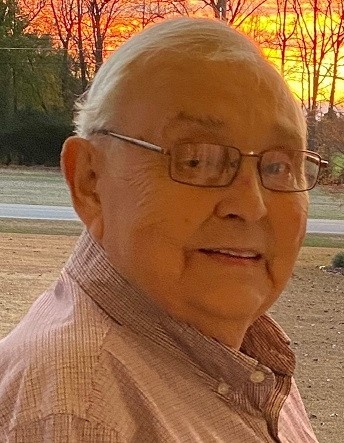 Tom grew up in Black Creek where he worked on the family farm prior to enlisting to serve in the Army. He served from 1957 through 1961 and has always been full of American pride and patriotism.  After his service to his country, he began a career at Hackney Brothers that spanned several years, but he ultimately left to pursue his dream of starting a painting company. Painting homes and making them beautiful was something in which he took great pride, and he led a successful business for well over 40 years.  In the late 1970s, Tom married the love of his life, Mary, and was a loving, dedicated husband, father, and grandfather for over 40 years.  Mary passed away in September of last year, and after six months of being completely heart broken, it was finally time for him to leave this earth to be reunited with her in heaven for all of eternity.

Anyone who knew Tom also knew his love for God, his kind and gentle heart, his humble nature, and his quiet-spoken generosity, always helping others in need.  Tom was an incredibly special person and role model who made an impact on many people’s lives, and he will be missed greatly.

A Memorial Tree was planted for Tom

To order memorial trees or send flowers to the family in memory of Tom Pipkin, please visit our flower store.